Our last post was about discovering Australia, but now it’s time to look a little closer, and remember how large the state of New South Wales is. Here’s our top five destinations in NSW for you to think about visiting!

Take a train to Katoomba or Leura, and walk the Three Sisters walk or hang out in trendy cafes. The Blue Mountains is famous for its waterfalls and nature walks, and is a perfect place to escape to if Sydney gets too much for you. It’s quiet, there’s plenty of wildlife, and there’s still the town of Leura if you need groceries or a nice cafe to sit in.

It takes just over 2 hours to get to Katoomba, and shouldn’t cost you more than $6 to get there! Catch the Blue Mountains Line from Central Station, and you’re on your way!

The great thing about the Southern Highlands is that it’s so large. It contains several small towns, all within a few minutes from each other. Laze around in Robertson, go wine tasting in Bowral, become a historian in Berrima, wander around in Bundanoon, embrace the silence at Fitzroy Falls, and head out to Kangaroo Valley, Mittagoing, Moss Vale and Sutton Forest for more fun activities.

It takes just over 2 hours to get to Bowral, and shouldn’t cost you more than $6 to get there! Catch the Southern Highlands Line from Central Station, and you’re on your way!

Hunter Valley is known for three things: its wine, its cheese, and Elton John (Elton John has performed in Hunter Valley on several occasions). There are plenty of tours going from Sydney to Hunter Valley, where you can stop at several wineries and try the local produce!

Known for its opals, especially its rare black opals, this mining town produces 95% of Australia’s opals (wow!).
It’s basically in the outback, and is a great place to travel to if you want to learn more about opals. You can even go searching for your own opals! It’s right on the border of Queensland, so it’s sure to be a lot warmer than Sydney!

It’s an 8.5-hour drive from Sydney, but you can stop overnight in the Southern Highlands, Blue Mountains or Hunter Valley. 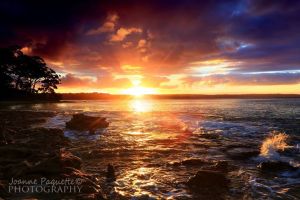 Watch some wales, walk on white sand, or go fishing at Jervis Bay, a stunning retreat from the bustling city of Sydney. Jervis Bay is home to several national parks, wildlife areas and beaches. Escape Sydney and hang out at Jervis bay!

It takes over 4 hours to get to Jervis Bay, and shouldn’t cost you more than $6 to get there! Catch the South Coast Line from Central Station, and you’re on your way!

Where are you thinking of going these holidays?

AIPE is located on the traditional lands of the Gadigal people of the EORA Nation. We celebrate and embrace diversity!
CRICOS Code: 02927C RTO ID: 91437 TEQSA ID: PRV13001
%d bloggers like this: